The day before the final street festival on Broad Street.  The workers set up for the grand finale during which La Compagnie Transe Express  performed aerial acrobatics against the twilight sky from a huge chandelier suspended  from a giant crane  100 feet up in the air.

Pictures from the day of the festival 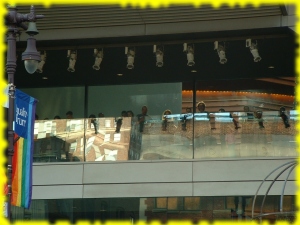 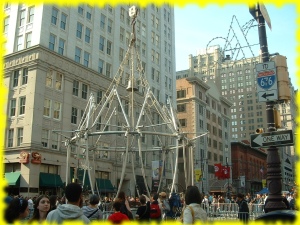 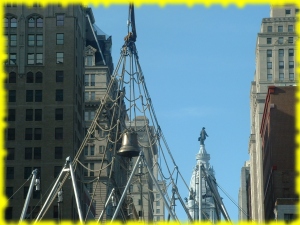 You could  try the trapeze yourself if you dared.  I thought it was more fun to be a spectator and watch this intrepid girl instead


And here’s the Philadelphia finale.