Our ongoing home renovations that would probably take other people maybe 6 -8 months are nearly over.  The floors are down.  The tiny kitchen is done.  Since we moved the white behemoth of an entertainment center down to the basement for my workshop and got a cool mid-century modern credenza to replace it, I have been trying to decide what to do with a now-exposed living room wall and the TV.   First, I  found  someone who was not reduced to tears by horizontal studs (this is an old house)  to hang the TV on the wall.  Then I cobbled together a sound system from used and discontinued electronics, hooked it up and mounted the speakers on the wall. 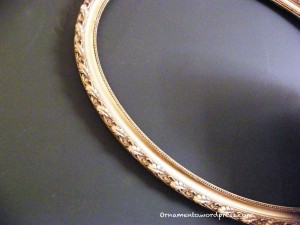 I wanted the “media” wall to be relaxing and not too busy with all the electronics.  I remember there was a time in my live when the more wires and gizmos I had, the better, but now I like simple. And I didn’t want the living room to be a shrine to the TV. 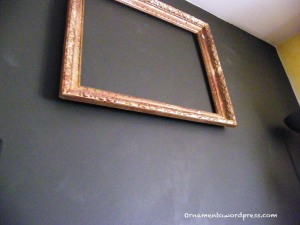 Here’s how I solved the design dilemma.  I love gold frames and over the years had found a few on the street.  They got a cleaning and some repair if needed. 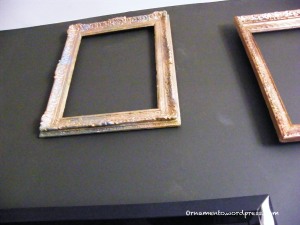 Some got a paint touch up.  The I went to my local paint store and picked out a nice dark color with a greenish undertone to it .  I am happy to say that it covered the Martha Stewart stencils ( from another life) in one coat (helped by a first coat of Kilz. Who ever invented that stuff deserves a medal) 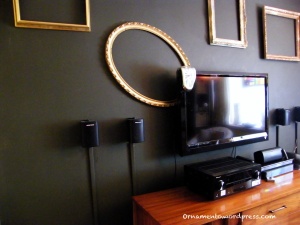 The object on the TV screen is a Dali-esque clock. 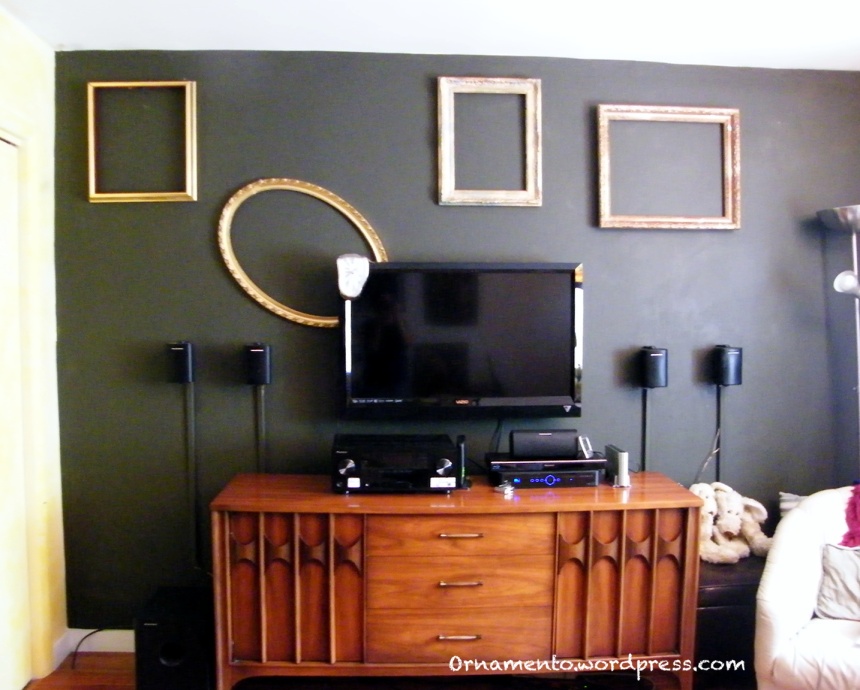 And here’s how it looks.  The Le Mutts are thrilled.

I have some more unconventional decorating in my house.  You can see some pictures here.