I taught a wire class at for first Greater Philadelphia Polymer Artists Meetup on March 15. I was actually substituting for Olivia Surratt, who developed the class, chose the tools and materials, and provided excellent handouts (illustrated by Trish Pfaff) for the students. I have learned a great deal about wire working from Olivia and also from Beading Yoda Jeri Schatz who introduced me to working with a torch and fine silver wire. But I have not taken any other classes and am basically self taught.  And I know that not everyone has access to good teachers or the time or money to invest in a class. So here are links to information and tutorials I have found helpful. Wig Jig University has hundreds of free wire tutorials.  This is the site I turned to when I became interested in working with wire.  Connie Fox is another person whose web site I turned to again and again when I first started. She does not do much wire work anymore, so the gallery on her web site does not have a lot of examples.  Fortunately, you can see several examples on Pinterest  here  and here.  Along with the wire skills tutorials on her  web site, you can check out her Garden Bangle Tutorial on Polymer Clay Central. Sharilyn Miller is another one of my favorites.  Check out her free tutorials here. Miller has made four DVDs that are well worth the investment. (I wrote about  the Ethnic Style DVD in an earlier post.).  The other titles in the series are Tribal Treasures,  Rings of Beauty and Bohemian Bangles.  Each DVD contains more than three hours of information.   You can purchase them here.  Be sure to check out her blog here. Wubbers, the people who keep designing new wireworking tools that you never knew you needed until you tried them, have set up Wubbers University.  You have to register for the site, but it is so full of free information that it’s totally worth it. Connie Fox, Sharilyn Miller and Olivia Surratt all studied with Lynne Merchant whose work is probably most responsible for the popularity of wire art jewelry today.  See examples of Merchant’s work here and here.   And watch this video of her demonstrating how to make a spiral. 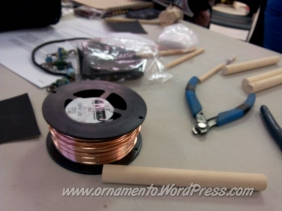 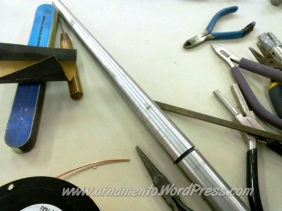 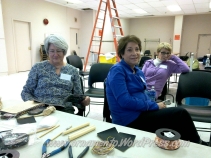 I traveled to New York City last month for the opening of a Photography Exhibition at the Irish Consulate called “The Face of Irish Music.”   I have been friends with the Photographer, Robin Hiteshew for more years than I can remember and for as long as I have known him, he has been interested in Irish music and culture.  Along the way, he has a compiled a collection of hundreds of photo portraits of Irish Musicians.  The families of these musicians, many of whom are deceased, entrusted Robin with copies and masters of their recordings which are now part of the Robin Hiteshew Collection at the Historical Society of Philadelphia.

Many of the musicians settled in the Philadelphia area, worked their day jobs and pursued music as an avocation.   They would play local shows, pubs and at gatherings at places like the Commodore Barry Club in Philadelphia.  I worked with Robin and others at the Philadelphia Ceili Festival for many years and got to hear the very best in Irish music.  During the years I was participating in the festival, you couldn’t hear quality traditional Irish music anywhere-not even in Ireland! Sometimes it is the people who leave that keep the culture alive.  African Brazilian culture is another example.   It looks like the Irish Government  has become aware of how important it is to preserve this rich culture.  I am so heartened that they have recognized Robin’s work.

The room was packed shoulder to shoulder with an enthusiastic crowd.

For more information on the Irish Consulate and what it does, press here.

We were treated to some excellent music by the next generation of musicians.

For a taste of the music, watch this video a tribute to my favorite, fiddler  Eugene O’Donnell.

The Robin Hiteshew Collection at the Historical Society of Philadelphia  is a compilation of materials from Philadelphia-area Irish-American organizations and individuals that significantly document the Philadelphia Irish-American experience during the latter half of the twentieth century. This is such a valuable contribution to the preservation of the heritage of the Irish in Pennsylvania.  For more information, press here.

Read this article from the  Irish Philadelphia web site.

The Face of Irish Music show will be travelling to cities across the country in the next few months.  I believe that Philadelphia is on the list as well as Boston.

This is the latest post in the saga of my explorations into quilt making. I have the tops done, one of the quilts quilted with the filling and the backing and am working on the second one. As a matter of fact, I spent most of Sunday afternoon making the second quilt “sandwich.” I’m using an old fleece blanket for the filling and a flannel sheet for the backing. Honestly, I have read that you never use a sheet for the backing and that you never use flannel so I had to try both. I have also combined many different types of fabric in my quilt. The only thing they have in common is that they survived a ride in my washing machine on the brutal cycle.

The term “brutal cycle” brings back memories. My brother swore my mother had one on her machine because she was the kind of woman who did not believe in dry cleaning and liked to play washing machine roulette with our clothes. Some of them did not survive the brutal cycle. 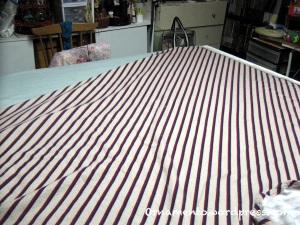 Another project I have been working on for quite a while is taking my old LP records and making MP3 files from them. What a trip down memory lane that has been! (When I was fourteen, one of my favorite pastimes was listing to a Joni Mitchell album and crying into a cup of tea.) My musical taste is pretty eclectic but when I was a kid I had a fascination with folk music. I got John and Alan Lomax‘s American Ballads and Folk Songs out of the library over and over. I read and reread  The American Song Bag. I learned how to play the guitar. After getting some recordings by The Carter Family out of the library, I managed to talk my parents into letting me get an autoharp.  Don’t ask me how that happened. 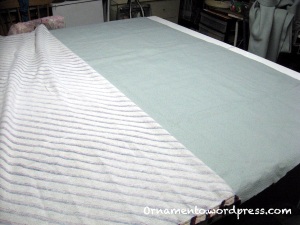 But I lived in a place where we had limited access to any kind of music or art and this was in the days before the Internet. I even had to go to another town to go to the library and that took an Act of Congress to get my parents’ permission.

So it wasn’t until I was in college in Boston that I first heard Woody Guthrie’s Library of Congress recordings. Three LPs of music and interviews. The first time I heard it it was like I had stepped through a portal and into another world.

On Sunday I pulled out the box set, plugged the MP3 making turntable into the computer and listened to the six sides again as I worked on the quilt. It seemed fitting since quilts are supposed to be a peculiarly American item and Woody Guthrie is considered a peculiarly American folk singer.

I was more familiar with the things Woody talked and sang about than I was when I first heard the recording at age 18. For one thing, I had transcribed extensive interviews of an Uncle who rode the rails during the Depression. I knew more about the way banks operate. I had a deeper understanding of my family history of that time. Of course, human nature never really changes but we get better tools which is how you are reading this blog post.

Quilts have been described things that tell stories and that are full of memories. I think this is true even if you buy all of your fabric new. I don’t have many old clothes in my quilt that I wore, but there are some of my Mother’s place mats and napkins in there. As a matter of fact, even though the fabric came from a combination of thrift shop clothes, remnant bags, fabric samples and cut up bed clothes, dumpster dives and old tablecloths, when I look at the quilt top I feel like I have a relationship with every piece of fabric: I can tell you where it came from and how I got it.

And I have used my Mother’s and Mother-in-Law’s sewing machines to make the quilts.

I even remember the day I bought those flannel sheets way back before I was married.

So now Woody is all transferred to MP3 files and I will give the box set to a friend who still cherishes vinyl. 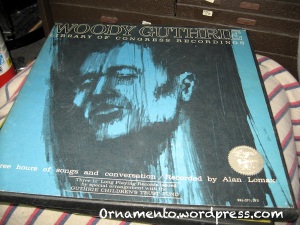 And every time I look at the quilts now, I will think of Woody because he has become part of the quilt’s memory.

Have you ever dreamed about retiring to a small piece of paradise and spending your time making beautiful things?  It looks like Karen Mical turned that dream into a reality. 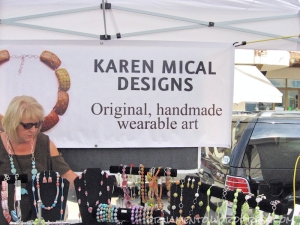 I found Karen’s stand at the Old Town Farmer’s Market in Puerto Vallarta  Mexico which, while it might not be paradise, is pretty close by my standards.

Karen works in polymer and her jewelry was selling like mad.  Small wonder.  It was impeccably crafted and visually appealing. 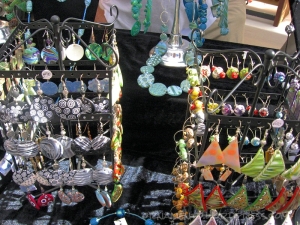 I didn’t get to talk to Karen but her husband told me that  they lived in Puerto Vallerta full time and that she was a regular at the market which requires that the vendors make their wares. 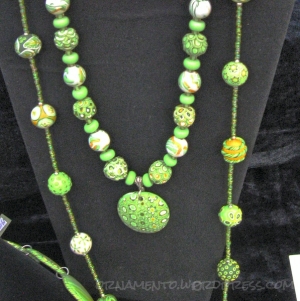 Karen’s color palettes evoke the tropics making one of her pieces  a souvenir that does not advertise itself as such but that helps the wearer to remember a short time spent in paradise.  What could be better?