I don’t know about you, but it has always mystified me  how ancient peoples discovered processes like glass making.  I mean, we have all heard about how Rouquefort cheese came to be-you know the Shepard leaves his goatskin of milk in the moldy cave, finds it  6 months later and voila! Quelle fromage! But that was an accident.  And in his play John and Mary Doe, playwright  Christopher Durang  speculates on how a caveman might have invented the, er-if you really must know, click here.    But glass?  Glass is basically sand that is heated to about 1700 degrees F. until it melts.  (The color and other characteristics the glass might have comes from added chemicals.)  Historians believe that glass making  started around  3500 BCE in Mesopotamia and that  the first  glass was made in coastal north Syria, Mesopotamia or ancient Egypt.   But who wakes up one day and tells his wife or his boss that he is going to the beach so he can bring back some sand and try to melt it?  I mean, seriously.  But where would we be without glass?  In the dark probably.

It was in this spirit that intrepid fellow traveller Patty and I decided to make a detour on our way home from the Morrisburg Polymer Clay Retreat and stop in Corning, NY, home to the famed Corning Museum of Glass.    We got into Corning the evening before our planned visit and got to explore the town a little.  Here’s what we saw. 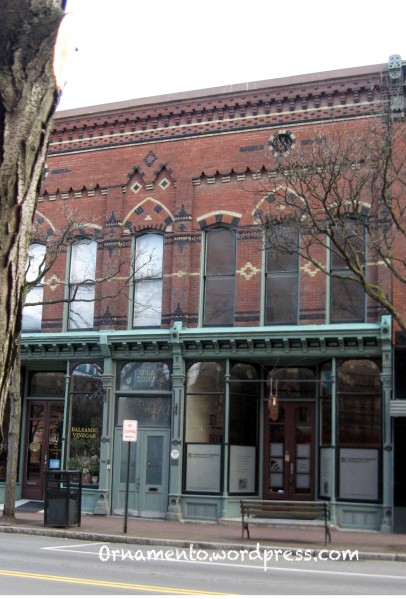 Corning is a charming town nestled into the rolling hills of Southern New York State on the Chemung River. It’s home to Corning Incorporated and to the Corning Museum of Glass.   Corning is also home to the Rockwell Museum (not to be confused with the Norman Rockwell Museum)  which specializes in American Art. The main of the town street is dotted with restaurants, art galleries and antique shops.  It really looks like it would be a nice place to spend a day or two window shopping, dining, visiting the museums and enjoying the countryside. 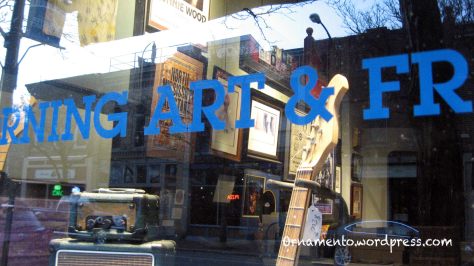 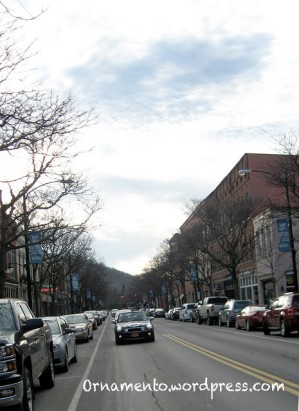 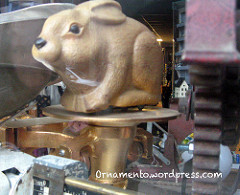 We stayed in the Staybridge Suites right next to the museum so we could get an early start the next morning.  It was a good choice and I recommend it.

Next week: The Corning Museum of Glass.

4 replies to A Detour in Corning, NY