2016 is screaming to a close.  Who knows what the New Year will bring?  One good thing it will bring is the Mummer’s Parade.  I’ve written about the Philadelphia Mummers and their fascinating history and traditions in past years but I’m always learning something new.  I saw the badges and ribbons pictured here at an exhibit at Lemon Hill in Fairmount Park. 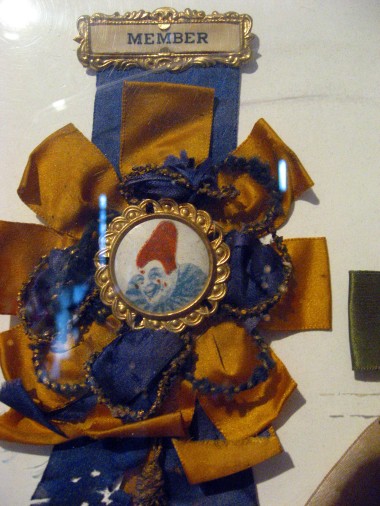 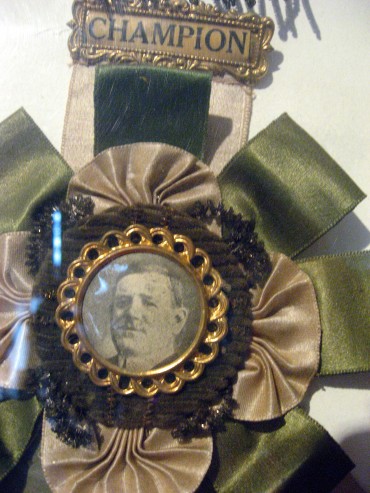 At first, I thought the badges and ribbons were awards of some kind.  In fact, they were Mummer identification worn on parade day.   “New Years Association” is just another term for Mummers club.

Mumming  is an ancient European  tradition.  The first modern Mummers Parade took place in Philadelphia on New Years 1876.   The first “official parade” was in 1901.

To see pictures from the 1906 Mummers parade, press here.

Cross-dressing was a Winter Solstice and Carnival tradition that transitioned into the Mummers Parade without any political hysteria.  It was considered good fun.  And still is, as the picture below will attest.  That is my husband gamely posing with some happy Mummers. 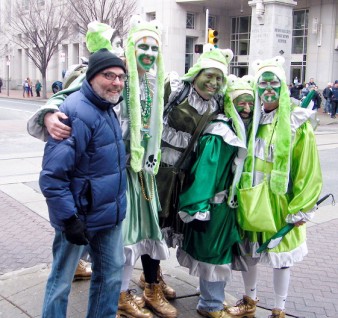 To read about cross-dressing and the Mummers Parade, press here . 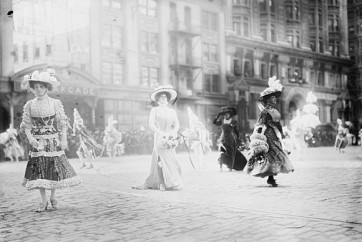 For the 2016 Parade lineup and route map, press here.