Actually, it was the fabric that spoke to me.  I had some nice orange cotton that I think used to curtains and a  gray blend that raveled like crazy but who doesn’t love a challenge? And I found a  mint green piping that seemed to work with the colors. 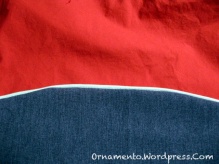 And a pattern was available on line for free at the Japanese Sewing Site,  Here.

The pattern was easy to print out and assemble.  It calls for size A4 paper which is a slightly different size from  standard printing paper.  I just cut down some drawing paper and fed it through the printer. Everything printed perfectly. 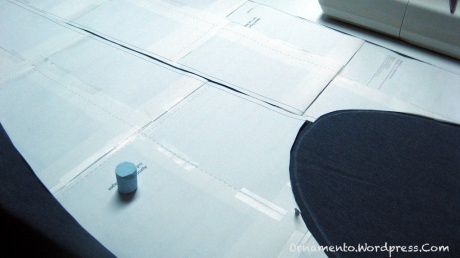 When I laid out my fabric with the pattern, I saw that I could cut out the entire apron as one piece and omit the side seams.  Be warned that this makes it more difficult to stretch your fabric.  I had originally wanted to make two long aprons but had to make one of them short (thigh level)in order to cut it out as one piece.  But if you are working with a print, being able to cut the apron as one piece means you don’t have to match up patterns. 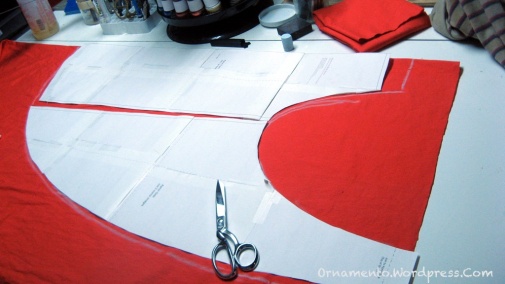 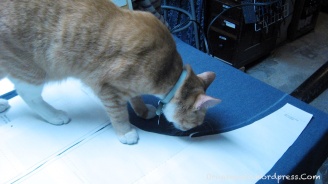 Boris is my quality control assistant. 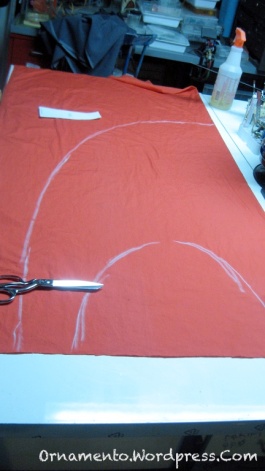 The easiest way to cut out the apron is to trace around the pattern with chalk.  The fabric is doubled and the pattern is cut out on the fold. 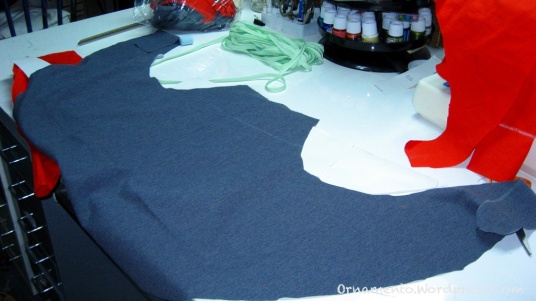 Here is one side cut out.  There are two additional parts: facing for the top of the apron (which I didn’t bother with because mine would end up with a double layer of fabric plus piping) and a template to extend the strap parts at the sides that you attach to the bib portion  at the front. 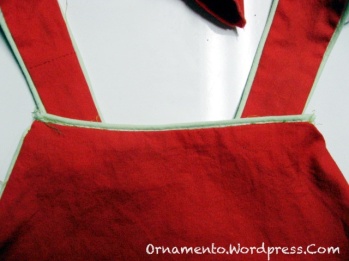 This is my first version of the front of the apron.  I did not like it at all. But the straps were too short for me even though I added some fabric to the patters and the square shape of the front did not seem to go with the curved style of the apron in the back.  And the piping on the front was tricky to plan.  I am not really a sewer  and I had a hard time visualizing the transition of the piping from the straps to the neckline.  I was happy with the body of the apron and the hem. 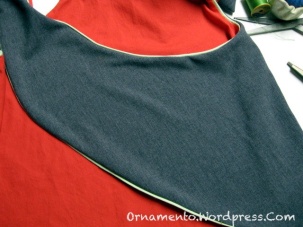 I reassessed the apron.  I had put double piping between the straps and this was not necessary.  Also, I realized that I should have sewn the apron from the top down rather than from bottom up because there is lots of room to adjust and turn on the hem.  But that was not mission critical in my case because the shapes are so basic.  The pattern is very forgiving.

So my plan was to open up part of the hem and use that to turn the apron inside out as needed, lengthen the straps, put a slight curve in the neckline,  sew piping on the neckline and straps, and omit the piping I had sewed across the straps. 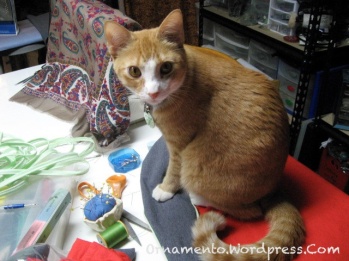 After Boris gave me the go ahead, I got to work. 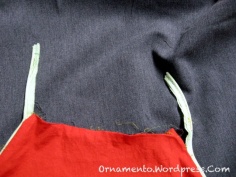 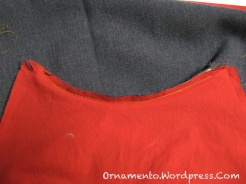 New neckline before piping is sewn on 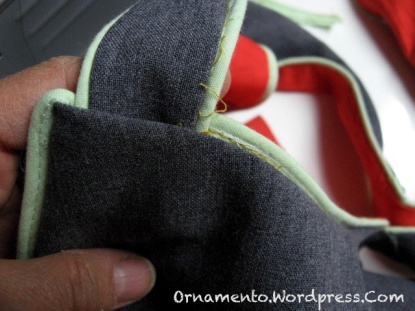 I hand sewed the straps on each side with matching thread and hand stitched close the part of the hem I had left open. 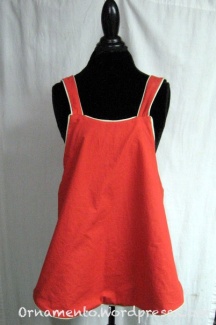 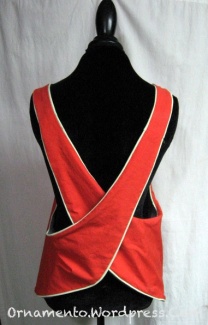 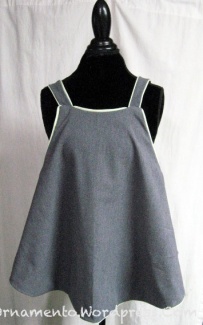 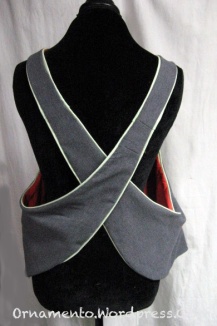 And here is the end result!

9 replies to I Made a Cross Back Apron