I started the story of my attempts to make a coin pendant  with a post a couple of weeks ago.   I am happy to say that I have finally made a respectable pendant which I intend to give to a friend whose story is much more interesting my story:  Friend got married and started a family soon after high school.  She got divorced and worked at several kinds of jobs before remarrying.  When she was down sized from a job, her current husband reminded her that she had always wanted to go to college and thought that if they looked hard enough, they could find some scholarship money.   She did, they did, they did and she enrolled at the University of Pennsylvania.   And emerged with a Ph.D in Anthropology in 2015.   Since her dissertation was in the field of Irish Studies,  I came up with the idea of setting an older (pre-Euro) Republic of Ireland coin into a pendant  for a graduation present, and I begged some coins from her obliging husband who is a little fanatical about Irish culture himself.   I am only 2 1/2 years late.  But after I got my brilliant idea, I had to learn how to execute it.  I could not find any new instructions (not that they would have helped.)  I finally got inspiration from two YouTube videos by Online Jewelry Academy on how to make a gallery prong setting.  You can watch the videos here and here.   And I got the basic instructions on how to make the bail from a Soham Harrison video you can watch here. 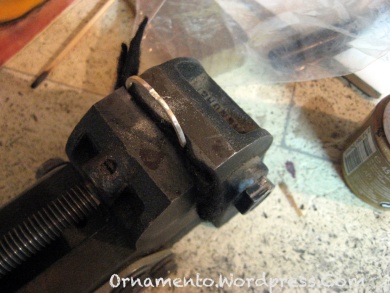 I milled some 14 gauge square sterling silver wire, measured and cut it and soldered it and formed it into a circle.  I wanted it to be the exact diameter as the coin so you didn’t see it from the front, and for there to be a frame on the back of the coin that did not obscure any coin markings.  I decided to have three prongs hold the coin in place and to make the prongs from 14 gauge half-round wire.  The picture above shows a notch I filed for one of the prongs. 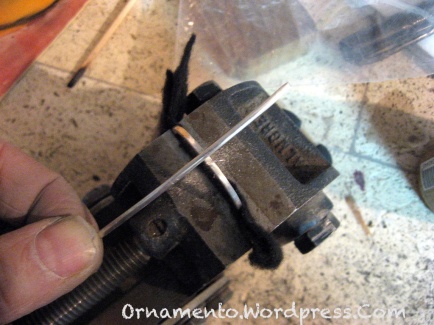 Checking the fit of the wire. 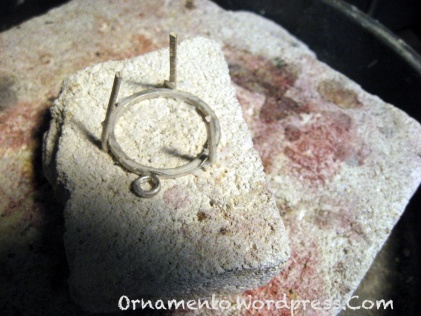 Here is the assembly laid on the soft brick before soldering.  The ring is already soldered. The prong bottoms are pushed into the brick to steady them.  I had a few soldering failures until I made some changes that I think helped.  First, I laid out everything and then made holes for the prongs so I could get them right into the notches and up against the circle.  Secondly, I put a pallion of solder between the prong and the circle right in the notch.  Third, I bent the prongs inward slightly to be sure they were really hugging the circle. I also soldered the ring, quenched and pickled and then tackled the prongs with a softer solder.  I didn’t try to solder all four elements at once like I had done before.  It worked! I had total soldering success! 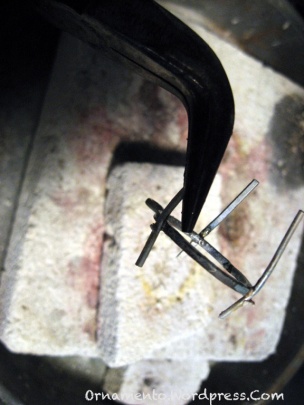 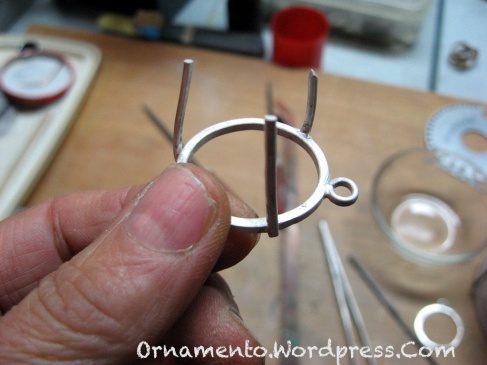 The cleaned assembly with the prongs trimmed.  They still have to be filed and sanded so they look good and don’t catch on clothing. 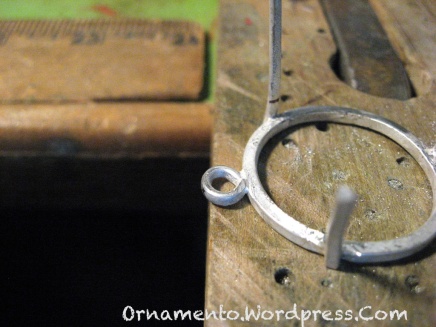 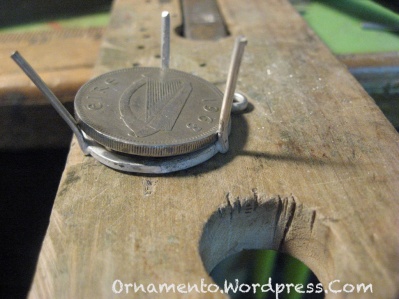 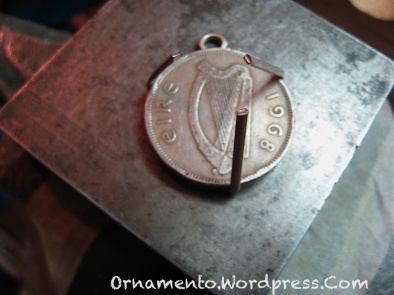 A perfect fit!  I start to bend the prongs over gradually. 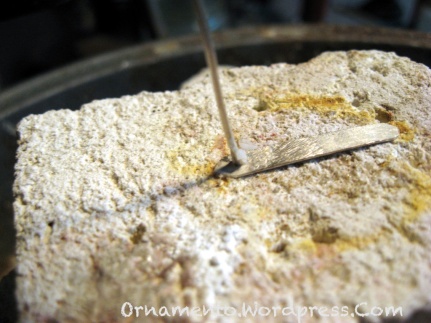 The bail has a prong soldered on the inside front which feeds through a hole in the back.  I altered the bail a bit so it wouldn’t open. 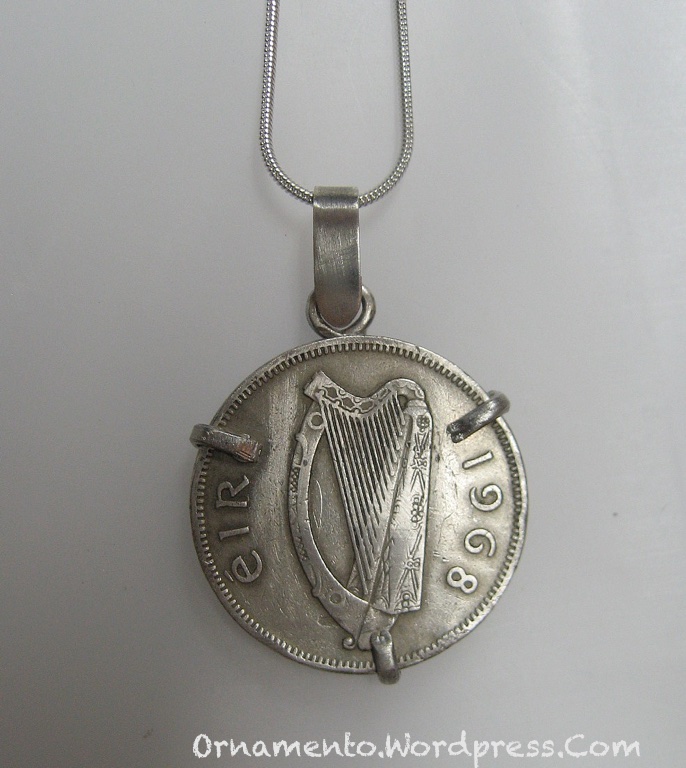 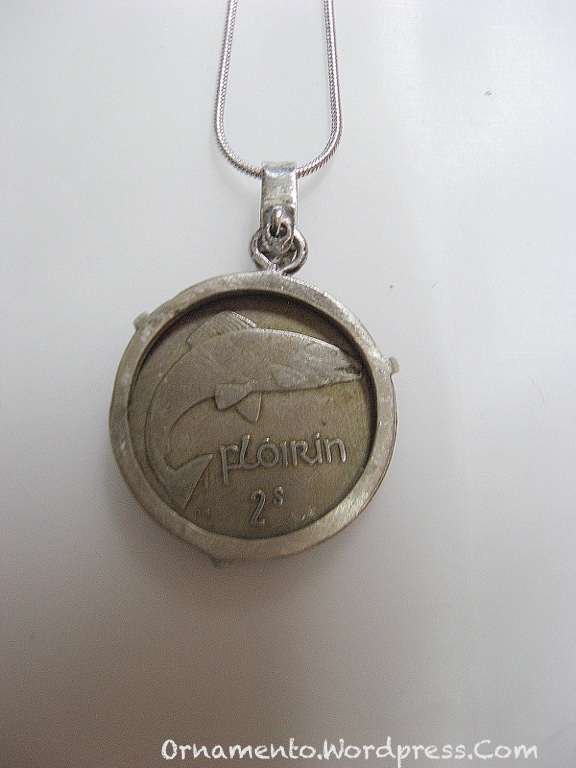 And here’s the finished pendant!  Still learning, but I like the way it came out.  Finally!