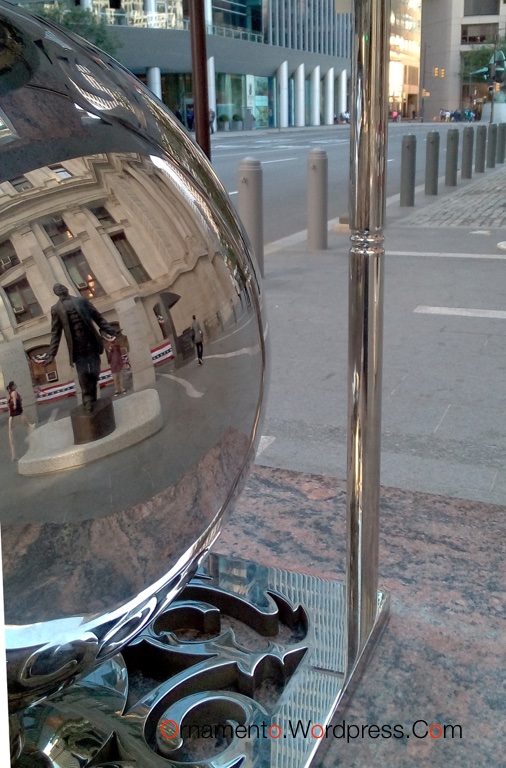 Philadelphia unveiled its first public monument to an African-American on September 2017.  “A Quest For Parity” is located on the south apron of Philadelphia City Hall.

Who was Octavius Catto?  He was an athlete: He established the first successful African-American baseball club in Philadelphia.  He was an activist and a key figure in the protests that led to the desegregation of streetcars in Philadelphia.   He was an educator, teaching at the Philadelphia Institute for Colored Youth.  He was a soldier: when the Confederates invaded Pennsylvania in 1863, he raised a company of Black soldiers, one of the first volunteer regiments of volunteers in the Commonwealth.   He served as a  Major and raised a total of eleven regiments during the war. 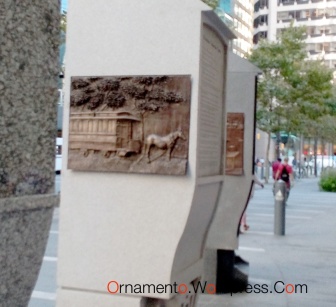 I ‘ve always thought of Octavius Catto as a Philadelphian even though he was born in South Carolina.  He settled in Philadelphia and met his fiance Sarah Le Count here.   The building that housed the Philadelphia Institute for Colored Youth still stands on Bainbridge  Street a few blocks from my home, as does the spot on South Street where Catto was gunned down in an election day riot in October 1871.  He was 32 years old. Too soon for his work to be done.

The statue of Catto is beautifully rendered by sculptor Branly Cadet who designed and executed the monument.  The picture at the top of this post shows the gleaming metal ball that sits in front of the statute and reflects Catto, Philadelphia, and the passers-by.

The twelve-foot bronze statue is imposing and lifelike; Catto seems about to tip off the pedestal.   Is he running?  Is he making an impassioned speech?  Cadet aptly portrays   Catto as a man of action, an activist, passionate and relentless.

If you find yourself in Philadelphia, go see the monument.    To read more about the monument and the artist, press here.  To see a documentary film about Octavius Catto, press here.