I got back from Clayathon today and I am so tired I can barely see straight.  But we had a ball,  all 110 or so of us.    The Stockton Seaview, where the event is held, is a luxury golf resort with a spa, pool, fitness center, a fireplace in the lobby and a big bowl of apples on the hotel’s front desk. It’s a great place to unwind and have fun.

This years’ Clayathon attracted clayers from as far away as California, Texas, and Canada.  Each Clayathon attendee got a 6-foot table as a workspace.  We had ovens for baking, buffers for buffing, drills for drilling and electric pasta machines out in the hall.  Donna Kato was this years’ guest artist and taught a class before Clayathon started.  Sarah Shriver, Claire Maunsell, Lindly Haunani,  Melanie West and Jana Roberts Benzon taught pre and post-conference classes, too.

I’ll write more on Clayathon next week, I hope!  In the meantime, here are some pictures.

Many people, including yours truly, are daunted by the thought of pulling a handle for a mug. So rather than face the task with fear, I decided to pay special attention to my mug handles to see whether I could come up with handles that are fun to make. Here’s what I’ve come up with so far: 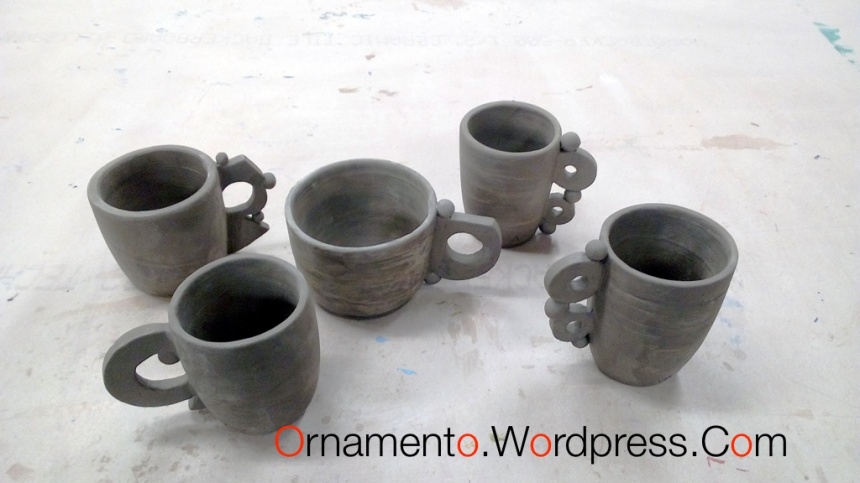 But I will not be making mugs this week because Clayathon starts today!  And I’ve been looking forward to it for some time.  To read about past Clayathons, press here. 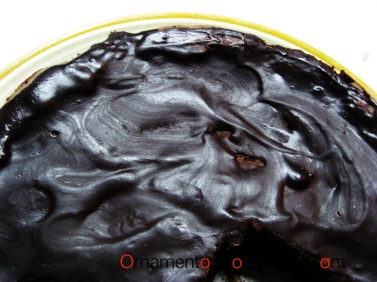 I live in Philadelphia and I suppose I would be remiss if I did not take passing note of the Philadelphia Eagle’s recent Super Bowl Victory.  Before the game started, however, victory was far from certain.  Knowing that the only other kind of “bowl” that could bring such joy to my husband was a bowl filled with something chocolate, I decided to make a chocolate creation worthy of the Super Bowl and so delicious that if the Eagles lost, we would still have the dessert as consolation.

I searched the Internet for a flourless chocolate cake recipe and found one on the Finecooking.Com    The recipe is easy to make and held up to my minor alterations.  One thing I did was to use my husband’s favorite Icelandic Chocolate from Whole Foods.  He is trying to cut all milk products out of his

diet (for some reason, this does not include butter.  Don’t ask me to explain how butter is not a milk product.  But Icelandic Chocolate contains not one speck of milk product so it’s OK.)    The second alteration was to use a springform pan which makes unmolding the cake much easier.  I changed the icing too, adding cocoa and powdered sugar  And I serve the cake frozen. You would not believe how much better this makes the chocolate experience. That and an Eagles’ Super Bowl  victory. Here is the recipe:

Preheat your oven to 300 degrees F.  Cut a circle of baking parchment to fit into the bottom of a 9-inch round springform pan.  Spray the parchment and the sides of the pan with cooking spray and dust with cocoa.  I like to sprinkle some granulated sugar into the pan too.  Combine the eggs, sugar, and vanilla in a mixing bowl and beat until the mixture becomes thick and fluffy.  This is a simple step but I tried to find a site on the Internet to illustrate it for people who have not done it.   I saw so many different instructions that I gave up.   Here’s what I did: I threw everything in the bowl, including the cocoa, 3/4 cup butter melted and cooled, and beat the mixture for about 5 minutes with a Hamilton Beach 6-speed hand mixer using the mixing paddles and not the whisk.  I used the number two speed.    The batter fluffed up beautifully.  (Remember, my cruelty-free eggs were at room temperature. )  I scraped the batter into the prepared pan and baked the cake on the middle rack for about 40 minutes.  The knife I inserted in the middle had a smidgen of batter on it, but I did not want to over bake the cake, so I took it out.   I let the cake cool for about 20 minutes, ran a knife around the edges of the pan, and put the cake, still on the spring-form bottom, on a plate, and into the freezer.

Then I made the icing

I melted the remaining 1/4 cup of butter in the microwave, put the remaining 2 oz. of the Icelandic chocolate into the melted butter, and stirred the mixture until the chocolate was melted. Then I added 3 tbs of cocoa powder, about a cup of powdered sugar, and a tsp. of vanilla.  I beat the mixture with the mixer, adding just enough water to make it pourable.  I took the cake out of the freezer,  poured the icing over the cake and let it drip over the sides and returned the cake to the freezer,  When the icing set up, I covered the cake with plastic wrap.

This cake is best served frozen.  You can eat it as soon as it cools, but it is so much better  when it’s frozen.   If you have trouble cutting it, try dipping the knife in hot water before slicing.   The cake is so chocolatey that a small piece will quell your inner chocolate monster.  In fact, this cake is too good, it will knock your booties off.  Go Eagles!

I’ll start with the bad news.  Boris broke the Picasso Vase!  He was flinging himself to the top of his cat tree to claim a treat and everything between him and the treat was, shall we say, fodder for collateral damage.  He got the treat and the vase hit the floor.   I repaired the vase today with some 23k gold leaf and epoxy (Kintsugi) and might still put it in the Fleisher Art Memorial’s 2018 Student Show.  We shall see.

In the meantime, I have been working on soliciting auction and goody bag donations for Clayathon 2018. There are going to be some wonderful items this year and one-third of the auction proceeds go to  The Center for Pediatric Therapies and Ron Lehockey’s heart pin project.

I donated some pottery last year and it was pretty popular so I decided to contribute two lidded vessels to this years’ auction. 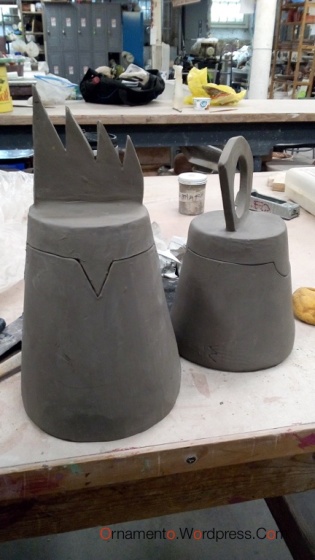