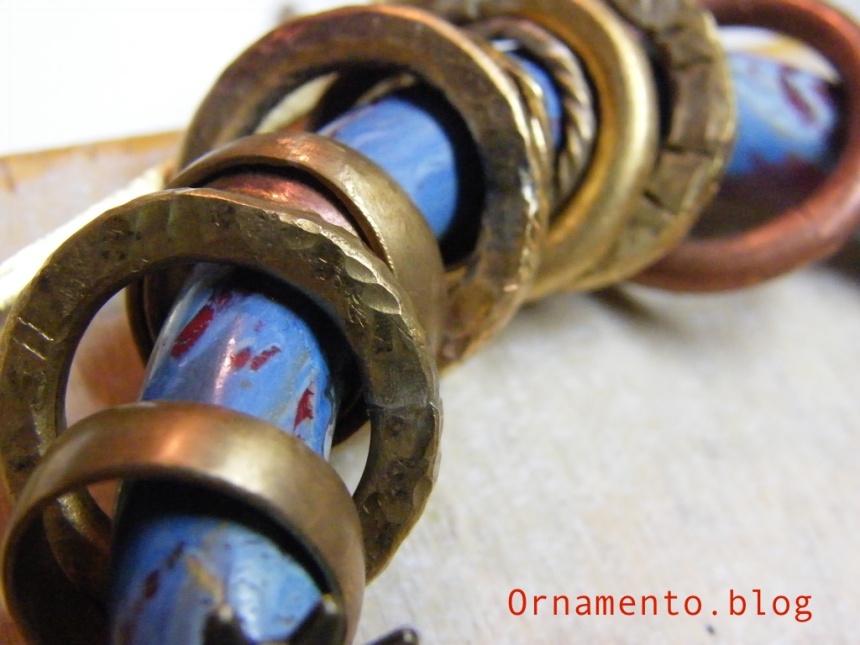 I don’t know if you expected a post on teenage pregnancy but that’s not what I mean by fooling around.  I mean playing.  I’ve always liked to play and to try new things.   My wild imagination has confused and alarmed most of the adults that I’ve met since the age of 12.   Those who can roll with it and play along usually become friends.

Creativity is currently a sexy topic Internet topic, (maybe not as popular as pictures of cats) and people are exhorted to play with color, try strange and exotic spices and  have experiences rather than collect consumer durables.

“Play is more than just important for creativity, it’s often necessary.  Without a play-like attitude, creative insights hide from us behind fear and uncertainty. When we don’t embark on activities that involve play, being creative becomes a challenge.”

Remember, creativity brings something valuable to most things in life (OK, so maybe not accounting.)

I ‘ve been playing in my workshop lately.  I haven’t come up with anything new yet, but I’m having fun and trying new things.   Here are some pictures. 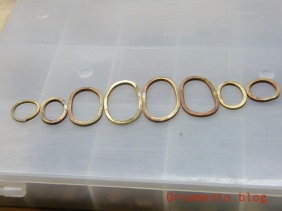 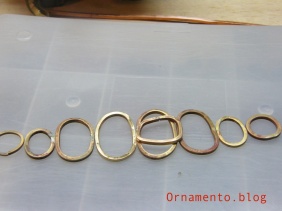 Fooling around with bronze wire which I squared in the rolling mill.  How would it look if I soldered the rings together and bent them into a cuff bracelet? 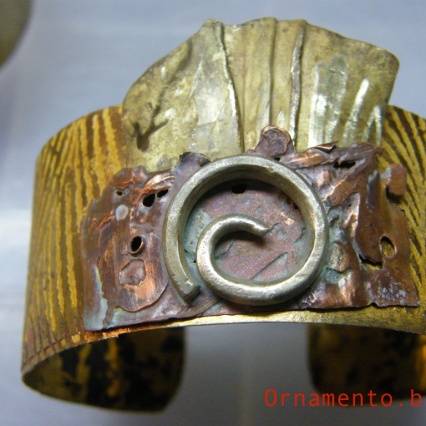 What can I do with a fork? 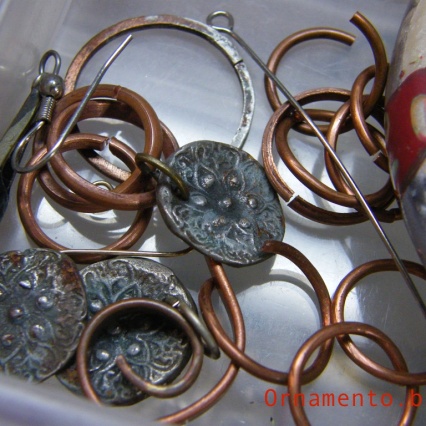 What can I do with rings I never finished and jump rings?  The medallions on the right are Hadar’s white bronze clay which is not a favorite of mine because it is fragile.  Still, I like the medallions.  They remind me of old miraculous medals. 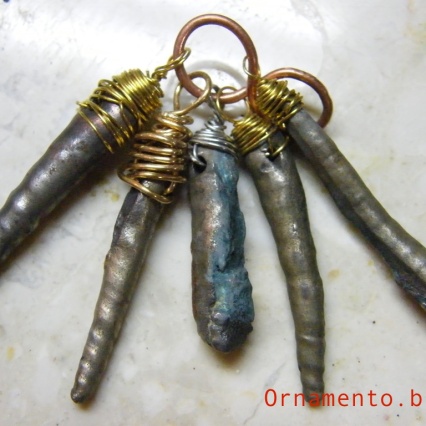 Here is some more white bronze clay I fooled around with.  I think the dangles look a little like sea urchins.  I wrapped the ones on the left as if they were briolettes.  I think I like that better than the ones on the right with the jump rings.  I like the way the clay turned color and  I  decided to leave them like tha.

I am trying the rings and medals as embellishments for polymer bangle bracelets.  I also used some pre-made gear charms. 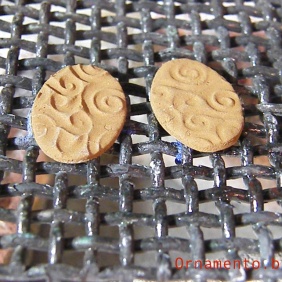 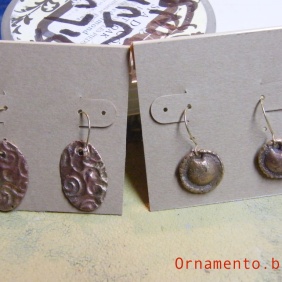 I am also fooling around with bronze metal clay.  The picture on the right shows torch-fired Prometheus Clay on the left and kiln-fired BRONZclay on the right.

Next: I’m going to try to make my own gear embellishments using Five Star metal bronze clay.  Something good is bound to emerge.  I hope.   That’s usually what happens when I fool around long enough.