I wrote last week about Wayne Cambern’s show at the Boston Street Gallery.   While I was there,  I got a tour of the building that houses the gallery and met the owners, Jeff Harris and his wife Maria who are artists themselves.

Jeff works in  wood and steel stock.  His massive sculptures fill half the gallery and his studio and workshop are in the rear.    The building itself has an interesting history.   Built in the 1880’s, it housed a coffee roasting factory that supplied the US armed forces during both world wars.  Kensington used to be full of factories  Now, many of those former factories are finding new lives as art galleries and artist studios.

Jeff started out as a photographer but soon moved on to other mediums.    He told me that his first love was wood and he still works with the material.  But he found it too limiting for what he wanted to do, so  he started working with steel stock. 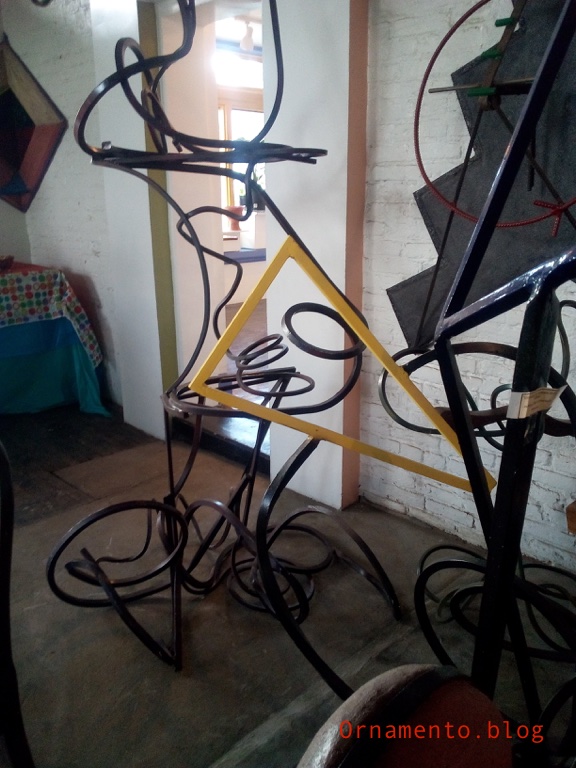 When I saw Jeff’s work I assumed that I’d find torches in his workshop.  How else could he get those bends and shapes?

The answer?  A big vise and some simple tools.  No heat except to weld pieces together. 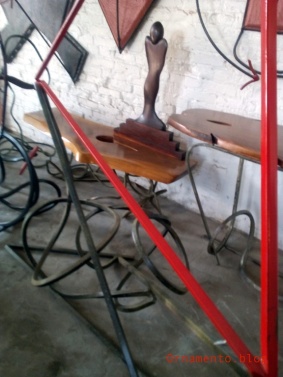 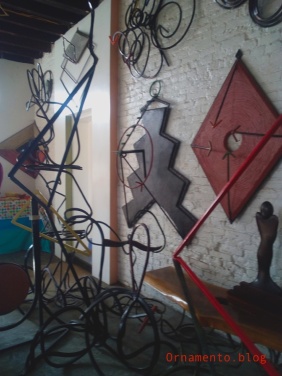 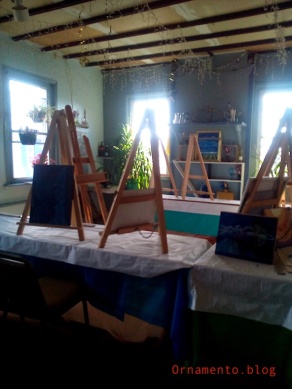 Jeff and Maria also give painting classes on the second floor of the building although they are more for fun that for “serious” art.  For more information, go to the web site, to http://www.artwithspirits.com. 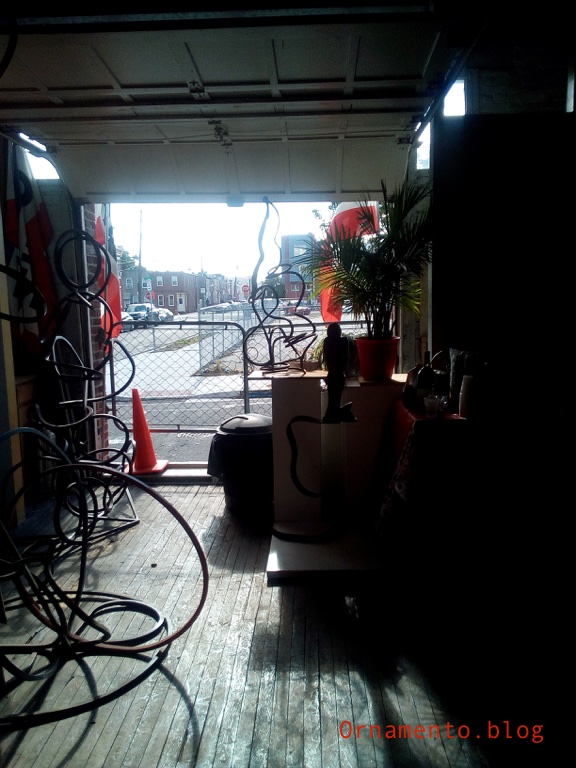