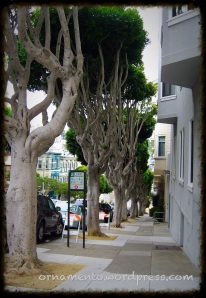 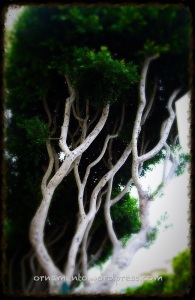 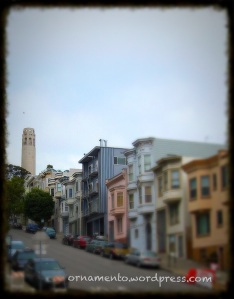 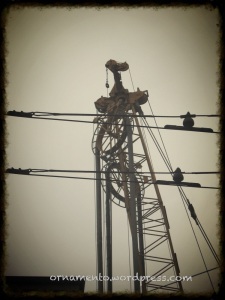 A giant machine looming over a downtown construction site

Giant Redwoods in the Muir Woods 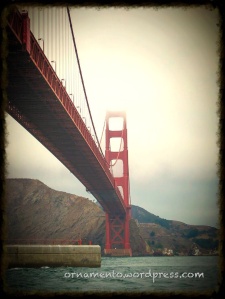 Here are some new  twists on  polymer clay surface techniques I have been working on.   You can see some earlier incarnations in the Keepsake Memory Book I demonstrated on HGTV, and my work in Ellen Marshall’s Polymer Clay Surface Design Recipes. More to come.

I’m at Polydelphia this weekend!!! To check out my newly designed web site, press HERE. See ya later!

Yes, I am a featured crafter on the third season of the HGTV show, That’s Clever, demonstrating how to make a polymer clay Keepsake Memory book and a polymer clay Festive Pen.  You can read the whole dirty back story in the Spring, 2008 issue of PolymerCAFE.  Ok, OK, so it’s not Britney running from the paparazzi while shaving her head, but it will have to do.

That’s Clever is known for having its crafters engage in  amusing physical antics in the first part of each segment.   They wanted me to do the same. I live in South Philadelphia where my garden is of a blade of grass growing under my front stoop, and drivers who barrel  45 mph down a one way street don’t think they have violated the law if their car is pointing backwards.    I wasn’t gonna be hula hoopin’ on my front lawn, that’s for sure.

Here’s how this part of the production planning went down:

After we finished talking about the step outs, the producer started discussing ways to showcase me in wild and whimsical ways that have become the trademark of That’s Clever.

“We like to film crafters doing something physical for the intro,” she  explained, “Do you play a sport?”

Running from muggers, I thought. “No,” I replied.

“What about hopping on a pogo stick?”

I mentally flash forwarded into the future and had a startling vision of myself hanging over a hospital bed in traction. “I have a herniated disc,” I replied, “and the doctors have put me on a strict no pogo stick diet.”

“What about a scooter?” she pressed.

“Oh, no,” I gasped. If I didn’t fall and smash my head on the pavement, some driver would get me. Even if he had to come up on the sidewalk to do it. They make them tough in South Philly.

She paused. “Do you do anything?” she asked hopefully.

“I use to play jacks,” I offered. “I was pretty good, too.” In fact, I was even better than Margaret Mary who had hands the size of Montana and could suck up jacks like a magnet crane.

Maybe that will work,” she sighed, “I’ll see if I can find jacks somewhere.”

They never came up with anything physical for me to do which is how I lived to write this Blog entry.

To check out PolymerCAFE, press here. If you want to buy a pen like the one I made on the show, drop by  The Jurus Gallery in Baltimore, Md.