Bev Beaulieu, proprietor of  Bevy of Objects, is one the artist entrepreneurs I met  during my tour of the Bok Studios in October. 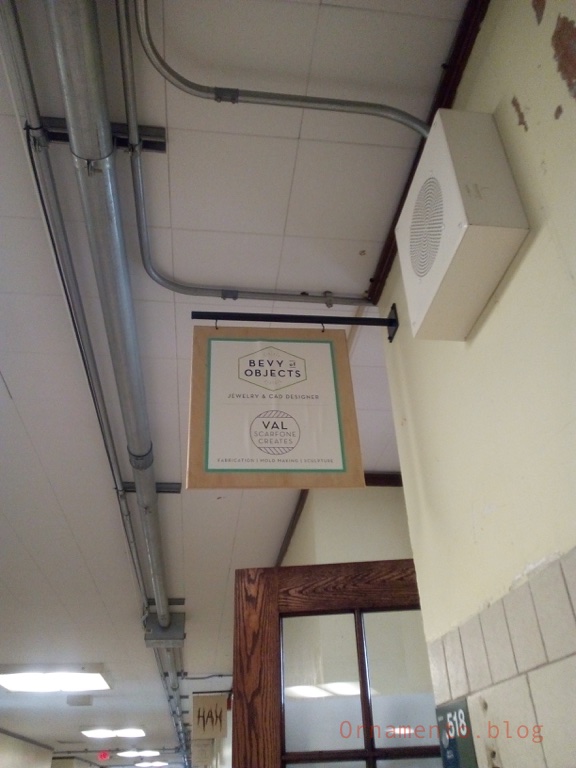 Bev graduated from  Tyler School of Art and then headed to New York City where she interned with David Yurman, worked as an apprentice goldsmith, and served stints as a jewelry designer for Alexis Bitar, and Ippolita.   After returning to Philadelphia, she designed watches and jewelry for Modern Bands, Inc. and co-founded Beech Hall with Tyler classmates Wade Keller and Danielle Kroll to design and market home goods and fashion accessories.

Then she opened Bevy of Objects where she designs and sells fine jewelry and offers CAD design service working with ethically-sourced and recycled materials.

A Bevy of Objects is located on the fifth floor of the Bok building.  I noticed the great light as soon as I entered her spacious studio.   Bev wanted a studio  on the fifth floor because of the light and the huge high school windows let in plenty of it.   Like the other artists I spoke to,  she had nothing but raves for the Bok developers who  worked with her to make her studio as comfortable and as functional as possible.  The biggest restriction they imposed on her was that she could not alter the black boards which, to her, was not a problem at all. 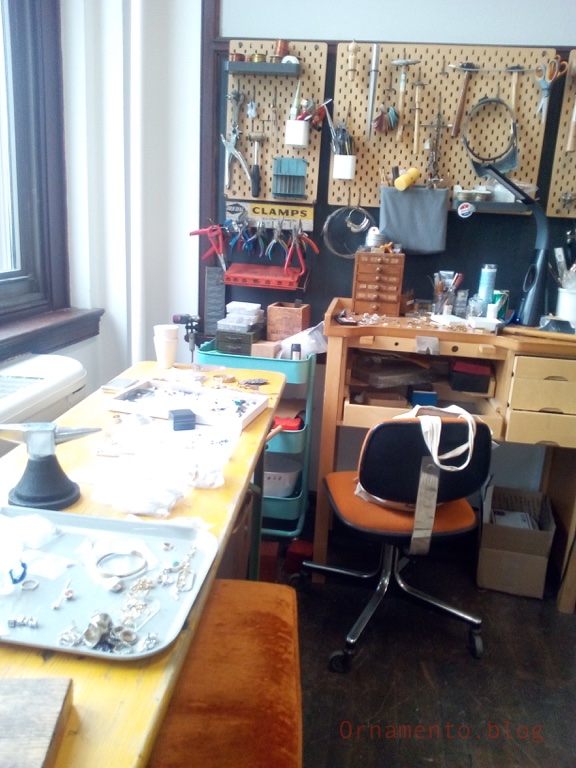 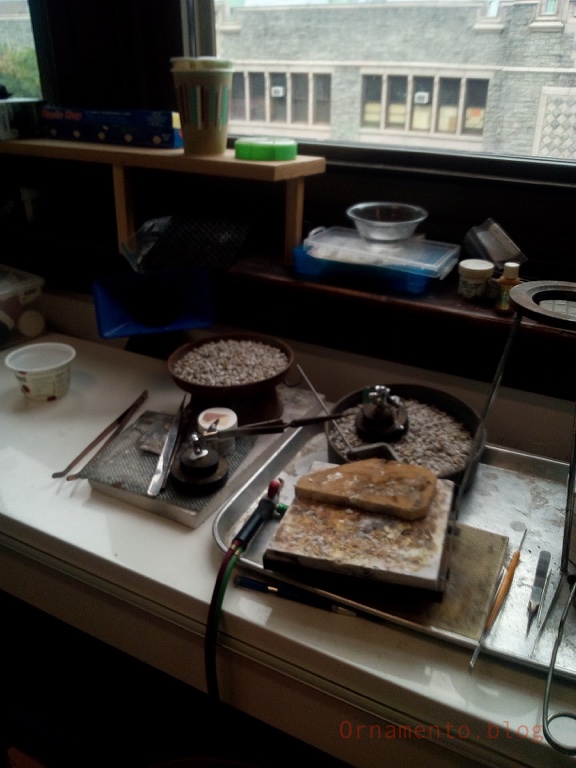 Bev lives in the same neighborhood as Bok and relishes the fact that she can walk or bike to her studio.

If you are in the market for a special piece of jewelry you really should check out A Bevy of Objects.  You can shop the web site or work with Bev to make a custom design.

To find out more about Bev Beaulieu and A Bevy of Objects, check out her Instagram Feed and her Facebook page.